Special thanks to Families Fighting Flu and the Andersen family for allowing us to share Brittany’s story, a  young life tragically lost to flu.

Brittany (or Britt, as her mother likes to call her) was very intuitive at a young age, and loved to sing, dance, dress up, and play with her stuffed animals and swing set. Britt was susceptible to strep throat as a child and as a result, became very ill several times during her young life between the ages of 1 ½ and 6 years old. However, after the doctors removed her tonsils and adenoids, Britt was relatively healthy—until the spring of 2016 when she developed influenza A. 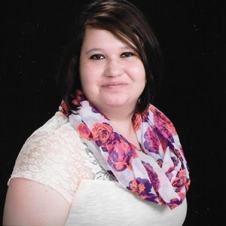 On March 24, 2016, Britt complained that her throat was itchy so she picked up some over-the-counter medicine. Later that evening, she seemed to be feeling better although her voice was a little raspy. The next morning, Britt told her mother that she wasn’t feeling quite like herself. Her mother gave her some toast and juice and then helped Britt to bed. Fifteen minutes later, Britt’s mother went to check on her and Britt indicated that she was feeling okay.

Later that day, around 11:45 AM, Britt’s mother heard a weird sound coming from her room and as she entered Britt’s room, she found her lying still, on her back. She tried to wake Britt but she was unresponsive, so she called 911. When the ambulance arrived, Britt had no pulse. The paramedics immediately rushed her to the hospital.

At the hospital, the doctors told Britt’s mother that she had a pulse and her heart was functioning, but her other organs were failing. The doctors decided to life-flight her to a hospital in Sioux Falls, SD. Upon arrival, the medical staff told Britt’s mother that her condition was not stabilizing despite attempts to treat her blood pressure and oxygen levels. The medical staff indicated that Britt was experiencing sepsis and explained to her mother that she should be prepared to make a medical decision concerning Britt’s life.

On the morning of March 26, 2016, Britt went into cardiac arrest twice within a few minutes and her mother made the difficult decision to stop life-saving efforts. 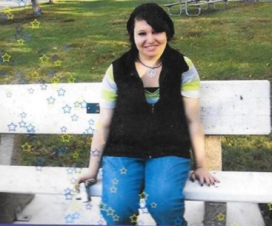 Britt’s mother wants everyone to know how important it is to make sure that everyone age six months and older gets vaccinated each year against flu. Britt’s infection with influenza A started with a sore throat, but rapidly escalated to every parent’s worst nightmare. Britt’s mother honors her daughter’s memory with an annual flu awareness walk in Iowa called Blaze It Forward. The funds raised from the walk are used to provide flu vaccines to people who cannot afford them.

Seven months ago, I lost my beautiful daughter, Brittany Danielle Andersen, at the age of 20. I’m sharing her story so that parents and young adults will know that the flu doesn’t just affect young kids and old people. It can take anyone, at any age…

To read other emotional stories of families whose lives have been permanently impacted by the flu, visit www.familiesfightingflu.org.

Be sure to check NFID News each day during #NIVW to view guest blog posts, including  the upcoming post about future influenza vaccine developments and technologies.

← Why Aren’t College Students Getting Flu Shots?
The Future of Influenza Vaccines →

This blog is managed by the National Foundation for Infectious Diseases (NFID), a non-profit, tax-exempt 501(c)(3) organization founded in 1973. NFID is dedicated to educating the public and healthcare professionals about the burden, causes, prevention, diagnosis, and treatment of infectious diseases across the lifespan.

< Previous Next >
+ Add your own event Eventbrite